Startbahn Releases a White Paper for Startrail, a New Infrastructure for the Entire Art Ecosystem

Startbahn, Inc. (hereinafter Startbahn) is thrilled to release the English version of the white paper for Startrail, a sustainable and indispensable infrastructure supporting the development of the fine arts ecosystem by furthering its trust and credibility. 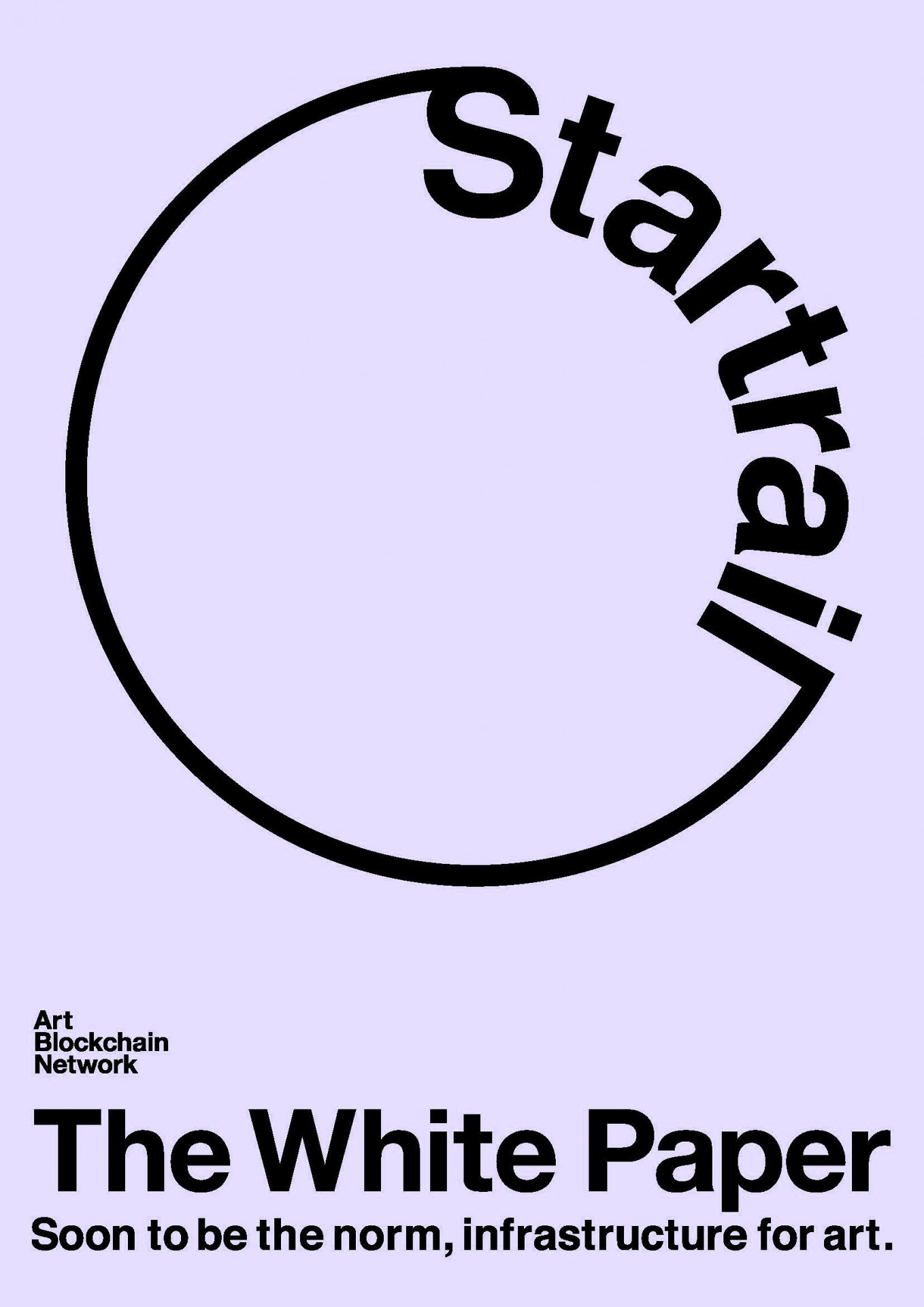 Startrail is an open infrastructure for the distribution and evaluation of artworks. Its design and governance structure that focuses on its social implementation and public nature is specifically designed not to undermine the credibility and value-creating processes that the art industry has built up over the course of history.

The Japanese version of the white paper for Startrail was released in October 2019 to promote a deeper understanding of Startrail to potential users by disclosing details of its design and governance structure. With today’s release of its English version, we hope to reach a larger audience for its further understanding and use by artists and those involved in the art business globally.

Startrail is an infrastructure supporting the development of the fine arts ecosystem by furthering its trust and credibility with blockchain technology. By issuing Startrail Blockchain Certificate that records artwork information, an issuer can manage the distribution of the artwork such as recording its provenance across all stakeholders involved in the distribution. Startrail also enables artists to automatically execute their own rulesets regarding the distribution and usage of their work as well as the royalty-type revenue on the secondary distribution by every transaction.

The blockchain project was first announced in July 2018 and has improved significantly in a year of the demonstration period. After taking constructive and valuable feedbacks from partner businesses in the art industry, we proudly released its white paper in October 2019. Then, we renamed this infrastructure from “Art Blockchain Network” to “Startrail” in March 2020 and plan to further expand our business.

To ensure its independence and fairness, Startrail will be operated by “The Startrail Consortium,” a voluntary organization led by Startbahn. In the future, we plan for this consortium to be jointly led by multiple experts, companies, and organizations.

Startbahn is a company that aims to realize a richer society by providing the technology needed by artists and people involved in art all over the world. We are promoting the development of Startrail, a blockchain infrastructure for art distribution and evaluation. After its test net release in October 2018, we have received a variety of valuable feedbacks on Startrail from our partner businesses in the art industry and released its white paper in October 2019. We are planning Startrail mainnet release later on.


For Inquiries About This Release